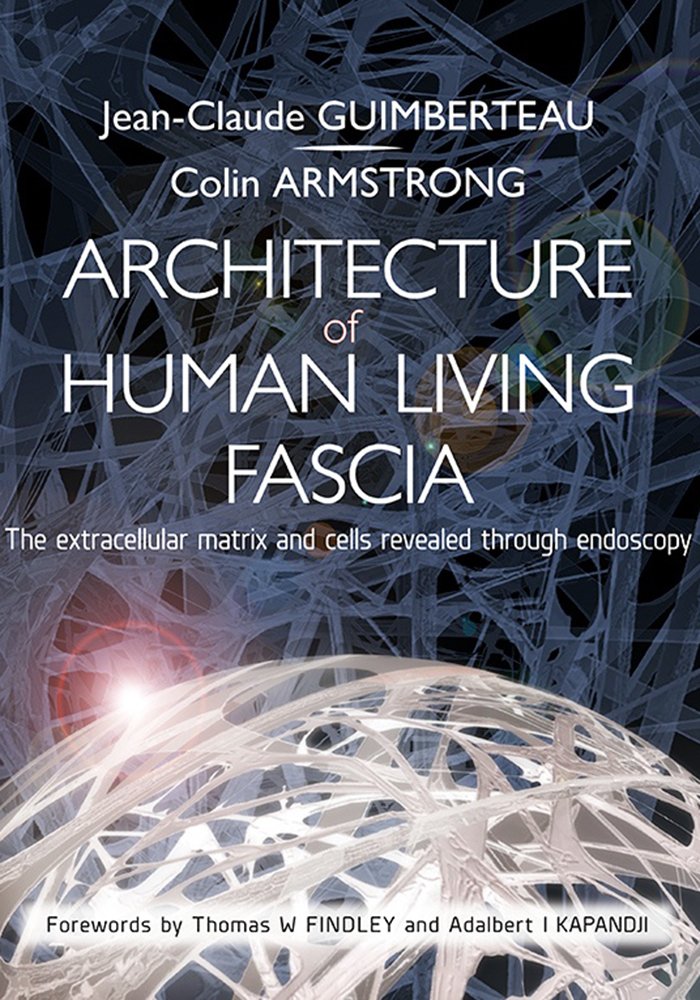 This richly illustrated book, with accompanying DVD and website, presents Dr Guimberteau’s groundbreaking work, and explains its significance for manual therapists and movement teachers, and its implications for what they do with patients and clients.

Dr Guimberteau is the first person to film living human tissue through an endoscope in an attempt to understand the organisation of living matter. He has developed his own concept of the multifibrillar structural organisation of the body, of which themicrovacuole is the basic functional unit. He has also developed a concept of global dynamics and continuous matter.

His films confirm the continuity of fibres throughout the body and show how adjacent structures can move independently in different directions and at different speeds while maintaining the stability of the surrounding tissues. This role is carried out by what he calls the “Microvacuolar Collagenic Absorbing System”

He has opened a window into a strange world of fibrillar chaos and unpredictable behaviour, and has revealed the morphodynamic nature of the fibrils that constitute the connective tissue, as well as the fractal, non-linear behaviour of these fibrils.

4) The Relationship between the Cells and the Fibrillar Architecture

6) Adaptations and Modifications of the Multifibrillar Network